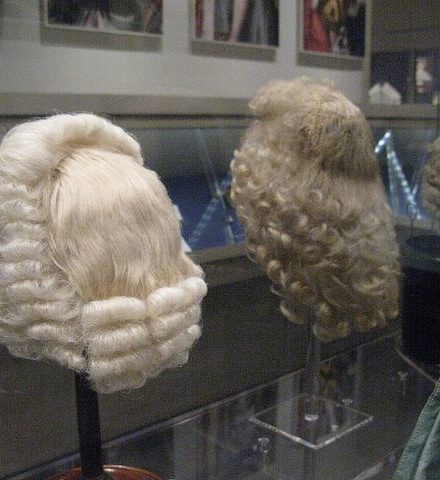 The History of Hair Replacements for Men

Did you know that men have dealt with male pattern baldness since the beginning of time? They’ve used many creative ways to camouflage their hair loss. It’s hard to believe that strands of dead skin cells and keratin once played a vital role in hair history.

The professionals at AZ Hair Restoration realizes how important your hair is to your self-esteem. Both genders have used their locks for attraction and status symbols even before recorded history. Although male and female styles usually differ, men take just as much pride in their mane as women.

Many cultures throughout the millennia have embraced shiny bald heads. Even men with glorious locks shave them to fit into their cultural or religious traditions. Such traditions of baldness can also include women.

The Ancient Egyptians emphasized hairstyles and spent much time and resources on the most elaborate ones. It’s ironic that both genders shaved themselves bald and wore fancy wigs instead of using their beautiful hair. From the court of the Pharaoh to the humblest servants, wigs meant status and purity.

If you had male pattern baldness in that era, you needn’t have worried. You would’ve had a stunningly pleated wig to cover it. Plus, the Egyptians used beeswax, aloes, and fragrant oils to set and perfume their glorious headcovers.

The Ancient Romans emphasized grand hairstyles as much as the earlier civilizations. Men who had hair loss or were completely bald either donned a full wig or a partial called a toupee. These extravagant hair replacement  wigs were made from human hair, often blonde from Scandinavia and black from India.

Modern men can thank Julius Caesar, credited for the infamous comb-over, as his iconic bust demonstrates. Rumors at the time claim that Caesar was prematurely balding, and it frustrated him. So, the great Roman emperor wore a full wig topped with a laurel crown to hide his hair loss.

Throughout the centuries after the collapse of the Roman Empire, male hairstyles varied from shiny bald to long and braided. Indigenous people in the Americas and other countries often favored intricate braids intertwined with beads and feathers. Many fashioned wigs from human or animal hair for ceremonies or to cover male hair loss.

Let’s fast-forward a few centuries to 17th century Europe, France in particular. King Louis XIII of France had extravagant tastes in everything, including wardrobe and hairstyles. Instead of coping with his male pattern baldness, his hairdressers created outlandish powdered hair replacement wigs towering with curls, called periwigs.

Little did the dandy King Louis realize that he created a trend that would quickly spread throughout Europe. Noblemen displayed large, puffed, and curled wigs whitened with grease and powder for the next century. These, along with the flashiest attire, became the hallmark of a noble European gentleman.

Powdered wigs took great skill to make and were quite expensive. Although many European gentlemen covered their heads with impressive wigs, none matched the grandeur of the ladies’ wigs. Consider the gravity-defying backcombed of Marie Antoinette and Catherine the Great.

Fortunately, the voluminous powdered wigs began to fall out of favor in the late 18th century. The American colonists wore a more subdued version with slight curls at the temples and a pigtail in the back. These were often heavy and hot to wear, so men usually shaved their heads for comfort.

Some of the founders of American Independence embraced their male pattern baldness. As many gentlemen did at the time, Benjamin Franklin grew his hair long to make up for the balding front. Contrary to popular belief, Washington had his own thinning reddish hair styled and powdered without a wig.

Men’s hairstyles became more natural from the 19th to the beginning of the 20th century in America. Beards and fancy mustaches often took precedence over hairstyles, bald or not. Those bothered by male-patterned baldness often wore small toupees instead of awkward wigs.

Guys’ hairstyles change just as quickly as fashion. They can be anywhere from hippy-style long, a military crew cut, to everything in between. Unfortunately, receding hairlines remain a perennial problem for countless men.

The good news for guys who prefer wigs as hair replacement,  is that these have changed drastically from the outrageous 17th-century wigs. They are lighter and have a more natural look. While some wear removable wigs, other men prefer hairpieces woven into their natural hair.

There’s even better news if you don’t want the burden of wigs, tape, glue, and the fear of gusty winds. AZ Hair Restoration has more permanent options, like hair restoration surgery. It’s your natural hair, and you can shower, swim, or do anything you would typically do with it.

Making a Change for the Better

Your hair is an essential aspect of your self-esteem, and you needn’t let male pattern baldness stop you. Dr. Zacco and AZ Hair Restoration of Raleigh, N.C. will be happy to discuss your hair replacement options. Give them a call today for an appointment.

The History of Hair Replacements for Men was last modified: January 30th, 2023 by bestedge